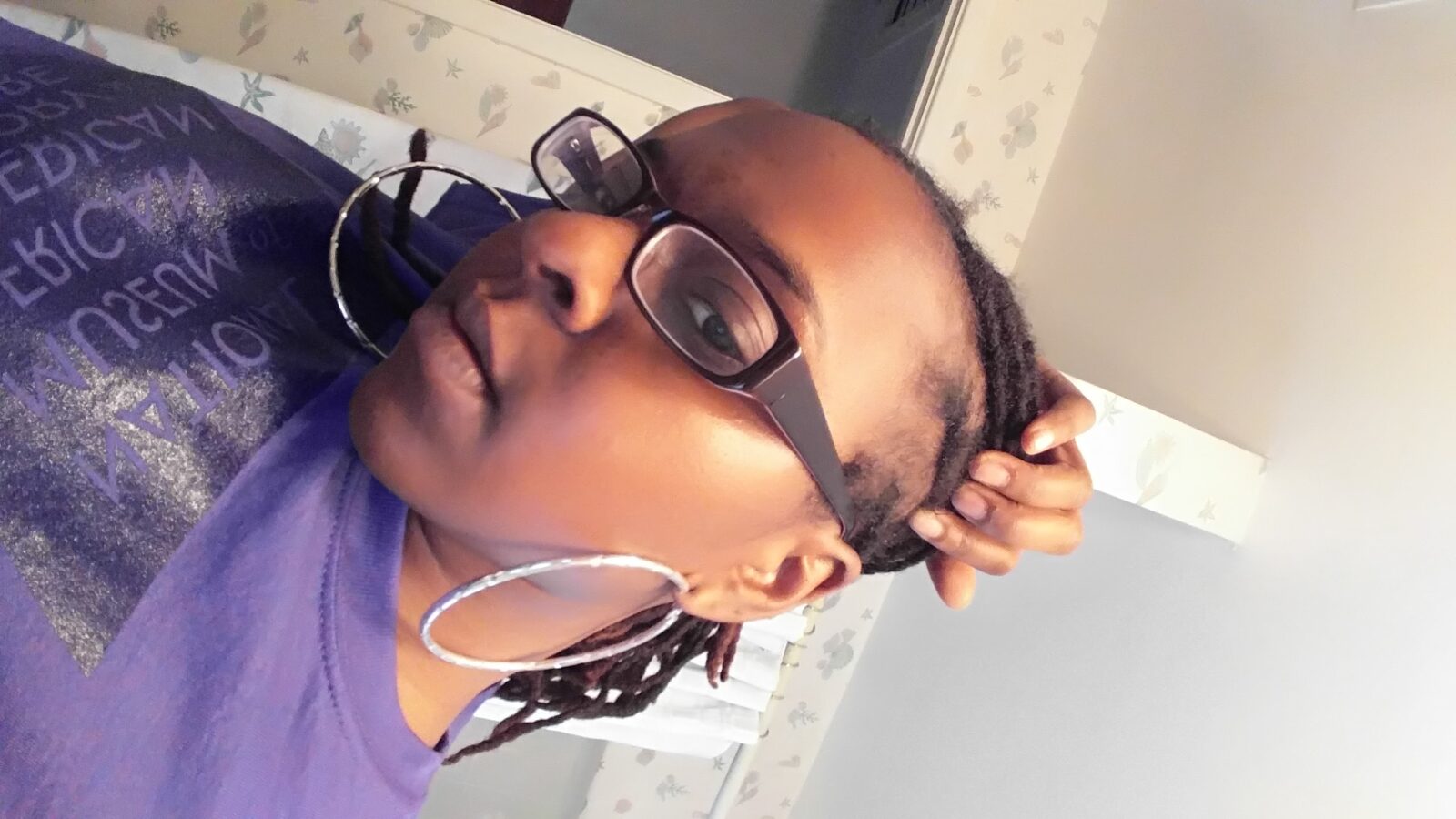 My name is E. Elizabeth Hill and I have Alopecia Areata. I was formerly diagnosed with this autoimmune disease in 2016; however, I believe I have had the disease since 2015. During 2015, while getting my loc maintenance from my loctician, Sheena; I was made aware of a few spots of hair loss. She made a point to tell me that stress was causing it and gave me a shampoo and conditioner regimen that I had to use every 6 weeks. The first time I went through this process; it worked. Unfortunately, during March of 2016 my dad was diagnosed with Mesothelioma Cancer, cancer caused due to exposure to asbestos. Guess what? I became stressed again about his health, about whether he was going to die and about why this was happening? Nonetheless this cycle continued and by the summer of 2016 I became concerned it was a bigger problem. I went to a dermatologist in Manhattan who specialized in Alopecia Areata because a former hairdresser mentioned I might have Alopecia. I met with the doctor and she confirmed my suspicions immediately.  I definitely had Alopecia Areata which was all I wanted for that day. She, on the other hand, had other plans.  She had the cortisone injections ready on the counter. Terrified by the idea of this woman injecting me in my scalp, I adamantly refused the treatment. Oddly enough, she attempted to scare me into staying so she could stick me with the needles. Her exact words were, “you really need to come back soon or your condition will worsen”. What lady? Really? She also tried to convince me that I needed to bleach my skin around my nose where years of sinus infection resulted in “Raccoon Eyes.” The photos were taking around the same time I went to visit that crazy doctor, lol.

Hear more about me finding out I had Alopecia Areata by visiting my YouTube https://youtu.be/_TZsaYtOcPw